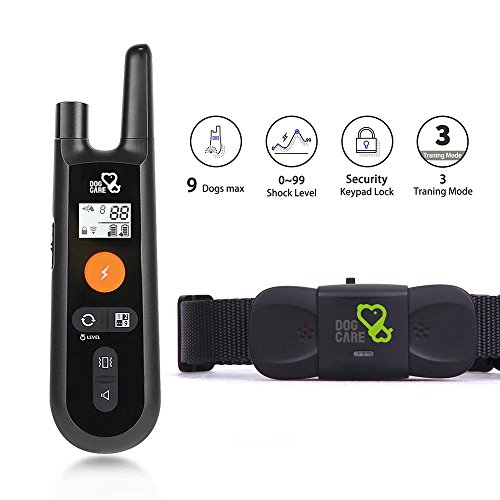 The issue of dog shock collars is one issue that has been causing a whole lot of controversy among dog lovers and dog parents alike. Despite the fact that the very name is enough to put the fear of God in anyone, there are still those who are in support of the use of dog shock collars.

Are there uses to dog shock collars? Are there negative effects? If there are both, does the good trump the bad in this case?

There are just so many questions that spring to mind when one thinks about dog shock collars. And we’ll do our best to attend to all your fears and clear all your doubts.

A Brief Explanation Of What Dog Shock Collars Are

Dog shock collars are a type of aversion collars that are used for training, pet containment and the punishment for bad behavior. The collars make use of shocking sensations to make the dog desist from certain negative behaviors. They are more popularly used on large breed dogs and dogs that are considered ‘too stubborn’.

Shock collars are designed with the sole purpose of sending a shocking sensation to the wearer whenever they mess up. When the collar will send these shock will depend on the type and purpose of the collar.

There are dog shock collars that come with remotes. These are usually used for training. So the idea is, when the dog does something that he shouldn’t, the trainer (or basically whoever is handling the remote) presses a button on the remote and the shock collar sends a shocking sensation to the dog.

Some other dog collars are used to teach dogs to respect boundaries. The collar is connected to what is sometimes referred to as an invisible fence or an electronic fence. So, whenever your dog (who is wearing the collar) gets too close to the boundary, he receives a warning signal. If he actually tries to cross the boundary then he receives a zap.

Most dog shock collars allow you to set the collar to either a warning sound or shocking sensation. Those same collars allow you to adjust the shock intensity. People usually set the intensity according to how stubborn and unresisting they perceive their dog to be or what they feel is comfortable for the dog.

To determine the intensity that is comfortable, you’d usually test the intensity on yourself first. Of course people don’t actually wear the collars, they just place it on their skin and choose whatever intensity feels right.

Dog shock collars only work on dogs that are wearing the collars. It might seem obvious but you’ll want to bear that piece of information in mind if you want to get a collar to help your dog respect boundaries.

Now that we understand what dog shock collars are, what say you we check out what they are used for? 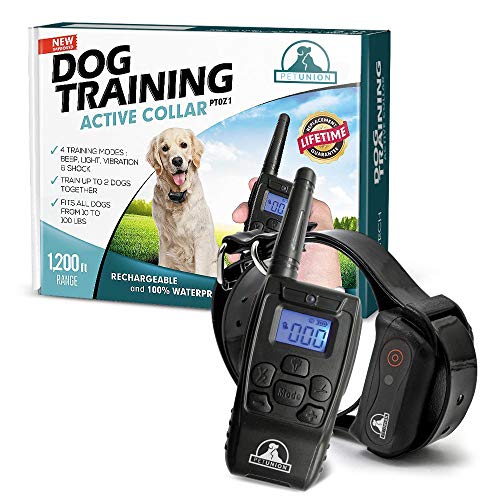 What Are Dog Shock Collars Used For?

Wikipedia gives us three major uses of dog shock collars. They include:

As stated earlier dog shock collars are usually used to teach a dog to respect boundaries. By this we mean, they are used to confine dogs within a certain area, usually their homes.

The dog shock collars used for pet containment come in a set that is referred to as an electronic fence. The collar works in tandem with the fence.

In some cases, there is a wire that is either buried underground or placed above ground. Some others make use of transmitters while there are yet those that make use of GPS trackers.

Whichever type it is, the working remains the same. The wire or transmitter or GPS tracker picks up a signal (your dog is getting close to or is trying to cross the boundary) and then the collar sends the appropriate reaction depending on what you’ve set. 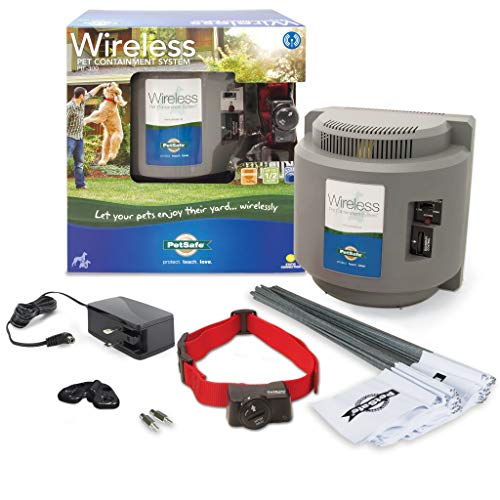 There are those dog shock collars that are used to make dogs stop barking unnecessarily. Emphasis on “unnecessarily”. You’ll agree with us that some dogs just bark. Like, nothing is happening, no danger, no intruder, they just bark.

So, some people employ the use of dog shock collars to make their dogs stop barking without reason. 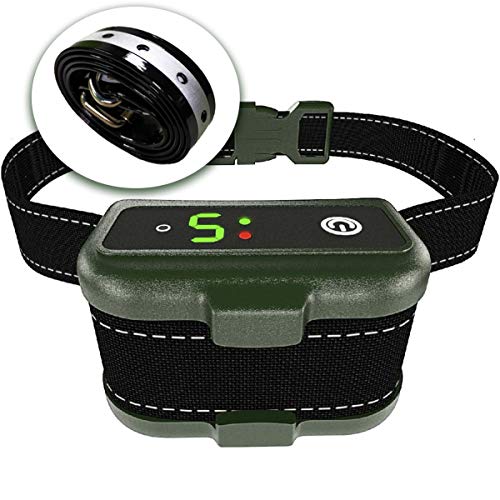 With any other training that requires a collar, regular dog shock collars are used. They are triggered by a remote which the trainer holds and operates as they see fit. 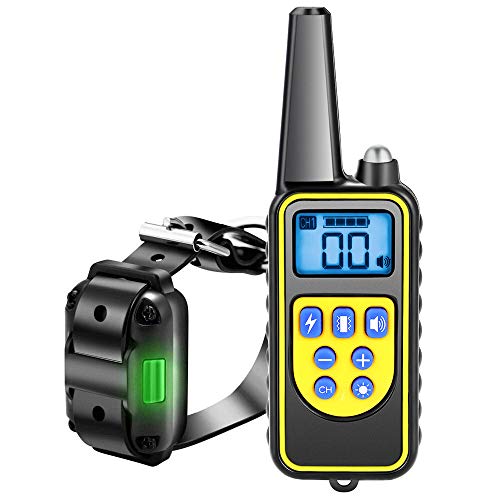 There are a couple of countries that have put a ban on the usage of shock collars and one of them is Scotland. Though no state in the United States has banned using dog shock collars, there are a number of organizations that stand against its use. Some of them include the Humane Society of The United States, The American Animal Hospital Association and The American Veterinary Society of Animal Behavior.

A Case For Dog Shock Collars

To some dog trainers and dog parents alike, dog shock collars are the answer for any issue of disobedience that your dog might be exhibiting. Some even go as far as saying that your dog will love it.

Off-Leash K9 Training says that, contrary to what a lot of us believe, dog shock collars spell good news for dogs. The logic is, dogs associate the shock collars with the freedom to go outside and play. That is, when he wears the collar he goes “oh wow! They’ve given me the go ahead to roam free”. And what dog wouldn’t want that?

Another argument is that you don’t have to be present while your dog learns to behave. The collar does the training for you. However, this is only valid if the trigger for the collar is your dog’s action(s) and not the button on a remote.

One thing that makes dog parents run to these collars is the seeming speed with which results are gotten. According to Canine Journal, a number of pet parents have testified to the speed of the working of the shock collars. That all their dogs needed were a few zaps at the beginning of the training and then eventually warnings were enough.

The fact that it allows you to adjust the reactions and also adjust the intensity of the zaps could be good news too.

Why Using Dog Shock Collars Could Be A Terrible Idea

The heading might seem too harsh but we needed to grab your attention to say this. Using dog shock collars could be a terrible idea! Here are some reasons why:

So we can call it whatever we want but at the very foundation of the concept of dog shock collars we see punishment. And we know that punishment is never the answer. Why is that?

Punishment forces the one receiving the punishment to stop whatever it is that they were doing, but it doesn’t necessarily teach one the right behavior.

So, maybe the collars will work excellently in making your dog respect boundaries and stop barking unnecessarily. But that’s because there is nothing to be taught, only behaviors to be stopped.

Agreed, most shock collars are adjustable. But sometimes people are tempted to increase the intensity because their dogs seem not to be responding to mild intensities. That ends up being a terrible idea.

It’s all fun and games if it’s just vibration or mild shocks. But intense ones? And let’s face the truth, the shocks have to be kinda intense to act as any form of deterrent. Those shocks, people, can be quite painful.

In all fairness, this is most likely to occur if it is operated by someone inexperienced. But the fact that the possibility of it happening exists at all is a cause for worry. Who wants to use a device that has the potential to harm their dog? We sure do hope you don’t. 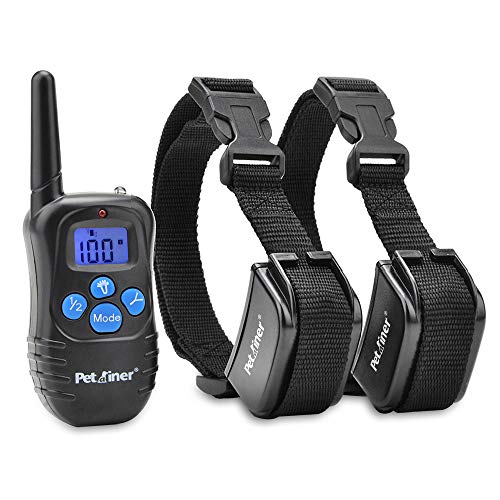 You know how human children have the habit of becoming resistant and kinda aggressive when they’re continually punished? Same thing happens with dogs. Too often shocks and they start to show some signs of aggression like barring their teeth and growling.

Also, in the course of the training, your dog might begin to associate the shocks with other things or people that they shouldn’t. It’s possibly because they see those things or people whenever they receive the shocks. Whatever the reason, they end up being aggressive with humans and animals which was not a part of the plan.

Dog shock collars have the tendency to break a dog. They force the dog to drop some habits in an inhumane way. This could make the dog so broken that he doesn’t want to attempt to try anything at all for fear of being zapped.

It is possible that the dog begins to associate the zaps to whatever he does and not necessarily what you are trying to correct.

If the motivation is high enough, your dog can actually damn the consequences and do whatever he wants to do. This especially happens with the electronic fence collar. The motivation could be anything from the desire to catch a prey to the fear of lightening or thunder. At that point, adrenaline does all the work for him.

What’s more terrible is that your dog might end up locked out of his own home. The reason for this is, when he is coming back, there is no more adrenaline. It becomes quite difficult for him to brave the shock with no adrenaline telling him to damn the consequences.

A Study Was Conducted On The Effects Of Dog Shock Collars…

…And the results are not roses and sunshine. Matthijs B. H. Schilder and Joanne A. M. Van Der Borg conducted this research and here are their findings:

To a very large extent, using dog shock collars on your dog is a terrible idea. There are better and more humane ways of discouraging your dog from doing the wrong things and encouraging them to do the right ones. You just have to be willing to find them out.

At the beginning, it might seem all good and fine. Your dog is learning to mind and is not doing all the wrong things. But we should have all learnt by now that you do not do stuff just because of the present or the short run. You think of the long run too. And, in our opinion, the long run for dog shock collars is one thing. Bleak. 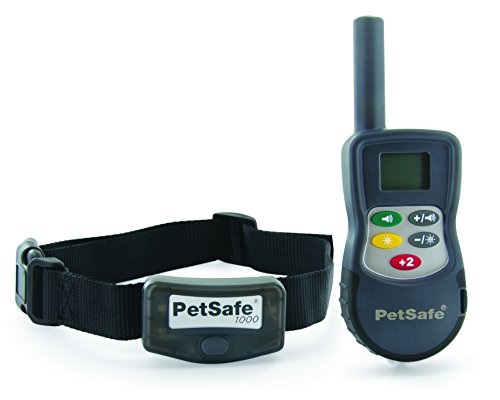