A good number of dog parents like to raise their dogs according to their (the dog parents) feeding lifestyle. This is probably what led to the grain free dog food movement (for want of a better term).

In fact what are we saying? The goose and the gander are the same species and the same breed. Meanwhile, humans and dogs are not even in the same species classification. So you can see where we are coming from.

Now, don’t take this the wrong way. This is not saying that grain free dog food is the worst thing for your dog. We’ll leave that to you to decide after you’re done with this article. However, we’ll like you to be careful in your decision to share your feeding lifestyle with your dog. Sometimes you’ll both be OK, at other times you won’t. 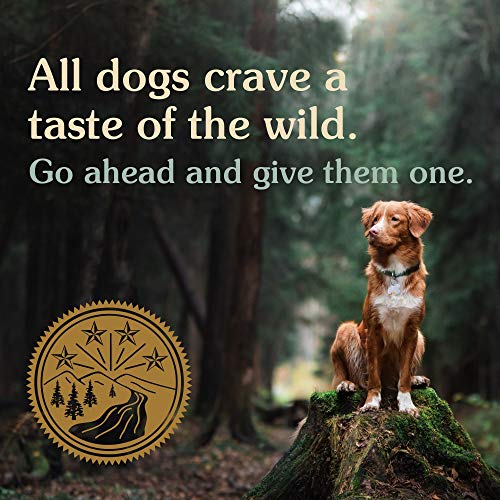 Grains are basically the seed stage of cereals. They are very rich in carbohydrate which is an energy giver, fiber (for proper bowel movement) and even smaller nutrients like Vitamin E.

A grain is made up of three distinct parts; the bran (the outer layer), the endosperm (the inner layer) and the germ. The germ is kinda like the seed that can become a new grain all together.

Refined grains, on the other hand, have gone through processing that is referred to as milling. Grains are usually refined so that they can last longer than they usually would.

This process strips the grain of some essential nutrients like iron and Vitamin B. However, some manufacturers add them back after the processing. Examples of refined grains include white rice, white bread, white flour etc.

Some people give “grains are not natural dog foods” as a reason for giving their dogs grain free dog food. However, the ancestors of our present day dogs weren’t much for carbohydrates in their entirety.

So, if we are to go with the ‘grains are not natural’ argument then the potatoes and peas and stuff that dogs eat nowadays should also not be eaten by them since they are also not natural.

The thing is, dogs have evolved into being able to consume and digest some of the foods their ancestors weren’t consuming and couldn’t digest.

This partially has something to do with their association with us, humans, in our environment. They’ve adapted to eating some of the things we eat. And in some circles, many even call them omnivores.

Donna Solomon, DVM  says that grains are different from one another antigenically (at the antigen level). As a result of this, it is not possible for one dog to have allergic reactions to all the different kinds of grains.

Riding on this premise, it might not be great to remove every grain from your dog’s food because he is allergic to one or two. You could just remove the offending grains and everybody will be fine. 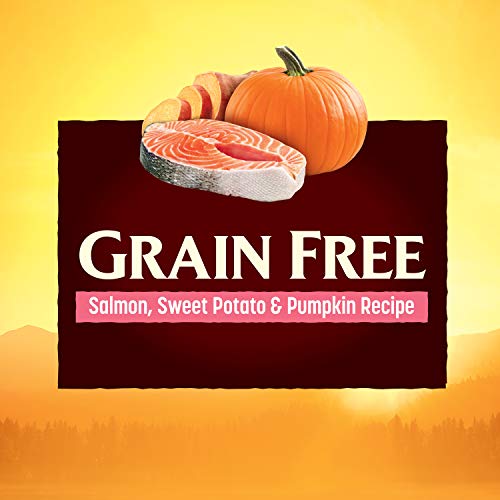 The answer is actually a yes.

Dogs, on the other hand, produce amylase in their stomachs. This means that the starch goes down as is till it gets to the stomach.

However, the important thing is that they produce the enzyme that digests the starch. So, as far as the grains are properly cooked and in small quantities, it should be fine till it gets to the stomach. No problems at all.

Well, deciding to feed your dog grain free isn’t necessarily a thing that can be labelled either good or bad. From our explanation of what grains are, it is safe to say that grains are good for everybody including your dogs. They are rich in carbohydrates and fiber which are necessary for energy and proper bowel movement respectively.

If your dog is obese and you’re trying to help him lose weight or you just want to help your dog keep in shape, you’re searching in the wrong place. Grain free dog food is not less fattening than food that contains grains.

In some cases, it is even more so because the foods that are used as substitutes for the grains could have higher concentrations of carbs and fats. So, unless you want to eliminate carbs totally (which might not be a good idea), you should look somewhere else for help on that. Or better still check our article on low fat dog food. That should help.

What To Do If My Dog Has Grain Allergies

First of all, if your dog is allergic to grains, food in general, or basically anything, some of the signs you will notice are:

If you (by you we mean you and your veterinarian) have determined that he is experiencing these symptoms because of allergies to food and grains in particular then here’s what you should do.

Try to isolate the particular grain that is causing all the hassle.

Don’t just throw away the baby with the bath water. Try to conduct a grain test. Give him the grains you usually feed him but feed them to him independent of one another. Once you’ve identified the troublesome grain then you can remove it from his diet. S

If you buy commercially packed food and are now wondering how we expect you to separate the grains, don’t you worry. There are single grain dog foods in the market that should solve that problem for you.

However, you could still decide to do the grain free dog food thing provided your dog is not running short of the necessary nutrients as a result of that removal. Be sure that your veterinarian knows and approves of anything you want to do with your dog’s diet before you do it, though.

What Authority Is Saying About Grain Free Dog Food

wfla.com tells us that the FDA is not exactly excited about grain free dog food. In fact, the FDA reportedly links it to cases of heart disease in dogs.

The New York Times tells us that the uproar began when Chesapeake Veterinary Cardiology Association (CVCA  – now known as the Cardiac Care for Pets: a 19-man veterinary cardiologist group) began to notice cases of Dilated Cardiomyopathy (DCM) in certain dogs.

Now, DCM is not strange in dogs. On the contrary, there are large dog breeds that are genetically predisposed to having cases of DCM. However, what’s strange is that CVCA began to notice it in smaller dog breeds and it got them worried.

Probing the issue, they found out that these smaller dogs with the DCM case had been feeding on grain free dog food with peas, lentils and potatoes as replacement. This is the point where they decided to alert the FDA.

Nonetheless, Martine Hartogensis DVM says it’s not the time to panic. A lot of dogs are living on grain free dog food and doing well. The cases of DCM are quite few compared to the number of dogs that feed grain free. It should get you to pay more attention if your dog is already on a grain free diet but certainly not to panic.

In Switching Your Dog To Grain Free Dog Food 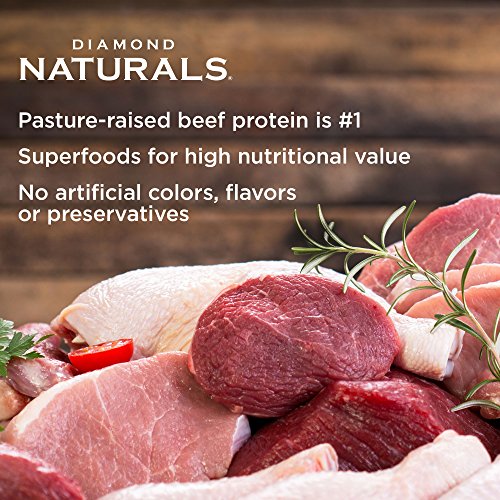 If you want to switch your dog to grain free dog food know that you can’t do it abruptly; it has to be slowly introduces.

So what you want to do is slowly reduce the quantity of grains and increase the quantity of the grain substitute you give him. You could reduce it by say 10%. Move forward only when you are sure that he is not experiencing any side effects.

Closely monitor him and if you notice any negative changes like constipation or diarrhea, just discontinue the switch. Of course don’t start anything at all without getting your veterinarian’s approval.

Also, when buying your grain free dog food, be sure that it has the Association of American Feed Control Official’s (AAFCO) label of value approval. The AAFCO is responsible for regulating pet food. So if they say a pack of food is OK then it should be.

This should be enough information for you to form you opinion on grain free dog food. Whatever you decide, make sure that you have your dog’s interest at heart and not yours primarily. Also, you should try not to keep your vet in the dark. In fact, your decisions on what to feed your dog should either be their original idea. If not that, you should have their approval.