This is a wonderful dog treat for dogs with food allergies. Purina has formulated this treat with hydrolyzed protein to make it easier on a dog’s sensitive stomach. It’s also highly palatable which encourages consumption by dogs.

Well, from the surface, all looks well with this product and Purina has said it works for dogs with food intolerance, food allergic gastroenteritis, pancreatitis, or inflammatory bowel disease. However, our review will be going in depth to check out if this is something you should be rewarding your pet with.

By the way, we also have this comprehensive article that covers everything you need to know about dog treats in general. Check it out here.

These treats are made to be a safer alternative for dogs with sensitive skin or stomach. It’s a great way to reward a good dog who suffers food allergies, gastroenteritis, or dermatitis.

This product is formulated for both puppies and adult dogs. 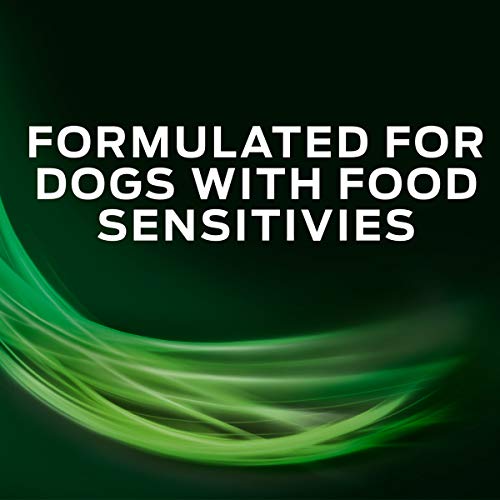 The first ingredient in this is starch. So many dog parents have questions about starch and whether or not they should feed their dogs anything with starch in it. They fear that their dogs won’t be able to digest it.

Well, maybe their distant cousins – the wolves – can’t but domestic dogs definitely can. According to research carried out in Sweden, dogs have developed genes that allow them to digest starch. These genes were developed along the way while evolution occurred from wolf to domestic dog.

So, starch is okay for dogs as long as you’re not making it the major part of their diet.

In fact, dogs actually need starch for a number of reasons. One is to provide energy which they need for their daily activities. Two it provides a source of warmth when broken down.

On the other hand, however, if excessive, intake of starch could cause digestive problems for your dog and also lead to weight gain. Thankfully, most dog foods include starches in amounts that are tolerable for most dogs.

In this treat, the starch source is not mentioned which is a small problem. We don’t know if it’s grain, potato, or rice. If potato or rice, then we’re good but we can’t say anything about that since we don’t know the source.

So, say the dog shows an allergic reaction to fish, they won’t react to hydrolyzed fish because the immune system cannot recognize it in its constituent parts.

The problem, however, comes when you realize that this is hydrolyzed soy. Currently, there seems to be a debate on whether or not soy is good for dogs.

On the one hand, there is the school of thought that says soy is not a great ingredient for dog food. There are countless studies that have been conducted on soy and most say the same thing – soy is bad for humans and animals. Yet, it is still being used.

Soy contains plant estrogens which are infamous for being endocrine disruptors. They also contain phytates which affect the absorption of minerals in the body. Plus, western soy is completely different from oriental soy when talking about how they are processed.

While oriental soy is typically fermented for a couple of years, the processing of western soy is more like a series of shortcuts. This makes them harmful for consumption.

There are those who believe that soy is great being low in cholesterol as well as an excellent source of protein. Nonetheless, you must keep in mind that most of the soy we have today in the US are genetically modified. 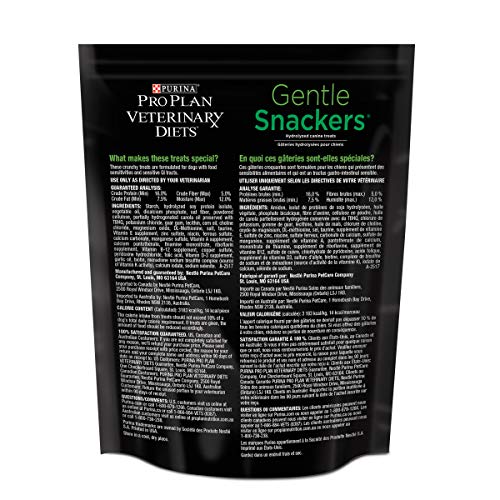 A little oil is actually great for your dog and is especially effective for dogs with itchy skin which might be a result of food-allergic dermatitis. Because vegetable oil contains omega-6 fatty acids, it helps to make your dog’s coat shine from the inside out and also reduce itching.

Of course, there are risks associated with feeding your dog too much oil as it could cause them to have diarrhea which could lead to dehydration. Luckily, this is not a challenge with these treats.

This is another ingredient that gets us bothered. As an addition to the ingredient list of dog food, dicalcium phosphate is supposed to act as a form of filler or binder for other ingredients in the food.

It’s also supposed to be a source of calcium supplement for your dog. Plus, it is supposed to help with the control of tartar formation in a dog’s dentition.

However, while it does carry out these functions, from research, there seem to be a few problems with dicalcium phosphate. The first being that it is practically insoluble as it can’t absorb water. Also, it’s been known to cause the calcification of certain soft tissue. And, in fact, according to research, it also causes kidney stones as well.

In truth, if consumed in small quantities, dicalcium phosphate (DCP) is quite harmless. But if consumed in larger quantities, DCP can be quite harmful to both man and animal. Also, if your dog is a senior, DCP is even worse for them as they are tougher to digest in older animals. And if your dog is currently on medication, it might be wise to avoid DCP as some drugs are known to interact with calcium.

Oat is a common grain ingredient used in dog food, and as the name suggests, oat fiber is derived from oat grain. Makers extract the fiber from the outer part of the grain known as the outer casing.

Oat fiber, just like oats, is quite nutritious providing a high amount of dietary fiber and protein. Well, most of that protein is useless in dogs as they don’t contain a high level of essential amino acids as needed by dogs.

The fiber provided by oat fiber helps to pass food along the gut which, in turn, helps to improve nutrient absorption in the gut of dogs. Plus, oat fiber also improves the quality of stool as passed by dogs as well.

Another worrisome ingredient in this product. The cellulose used for dog foods are usually derived from pine trees and begins its journey to powdered cellulose in pulping mills. If you didn’t know, pulping mills are the same place where paper is produced. Scary, right?

If included in dog food in excessive amounts, it could make them pass large volumes of stool at the same time.

While some nutritionists are of the opinion that cellulose isn’t so terrible and is still quite passable, others vehemently disagree. It is mostly used in light dog diets, such as treats, to increase bulk without adding to the calorie count of the food (powdered cellulose carries zero calories).

Still, this is a very controversial ingredient and we join the skeptics to say, “avoid.” 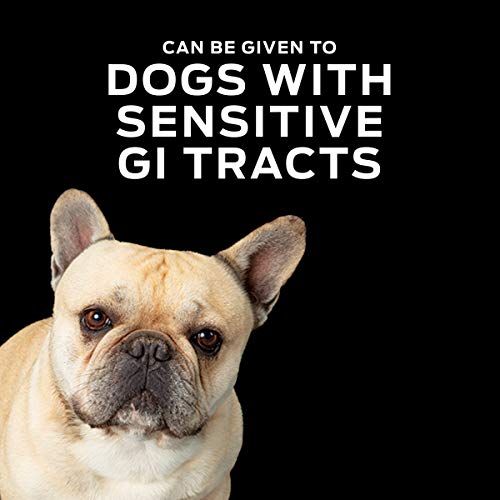 Hydrogenating canola oil involves the addition of hydrogen to oil in order to cut cost and improve shelf life as well. This leads to the production of a kind of fat referred to as trans fat. This kind of fat is bad for your dog (and you) as it increases bad cholesterol and reduces the good kind.

To make things worse, this is canola oil which might have been obtained from genetically modified rapeseed. Rapeseed is terrible for any living thing, by the way.

Plus, it is preserved by Tbhq which many scientists have condemned again and again as a terrible preservative.

This naturally-occurring mineral acts as a potassium supplement in dog foods and is considered safe for pets.

Guar gum is a thickening agent commonly found in many pet foods. This additive is a good, safe, healthy one with superior linking abilities. It is also quite affordable as well which is another reason it is so commonly used.

When it comes to binding, guar gum is about the most effective thickening agent you can find in the industry as it comes with the best consistency and the highest viscosity. Also, it provides the body with soluble fiber which aids the digestion of amino acids in dogs and animals in general.

Lecithin is an antioxidant. It helps in the building of cell membranes and also prevents cell oxidation. Additionally, lecithin also helps to improve the absorption of vitamins and contains essential fatty acids necessary for pets to thrive.

Interestingly, lecithin helps to correct flakiness and irritation of the skin as well which makes it an excellent additive to this product.

Except your dog is allergic to corn, corn oil is great for dogs with dry coats. It repairs such coats, making them shinier and healthier. 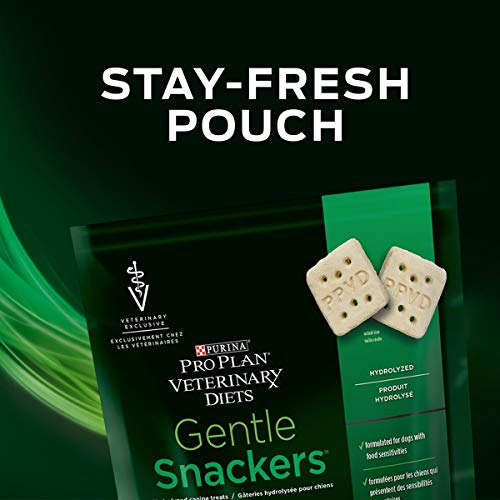 1. A healthy treat reward for dogs with food allergic sensitivities. Even dogs on restricted diets can take this.

2. Contains starch which is a good source of energy and warmth for your dog. 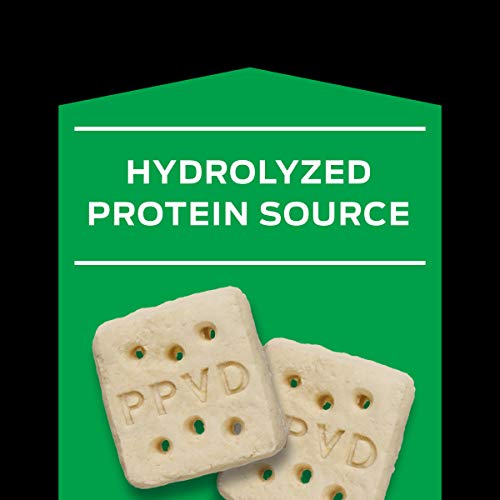 1. No animal-sourced protein which might not be a big deal since this is just a treat and not the main diet. 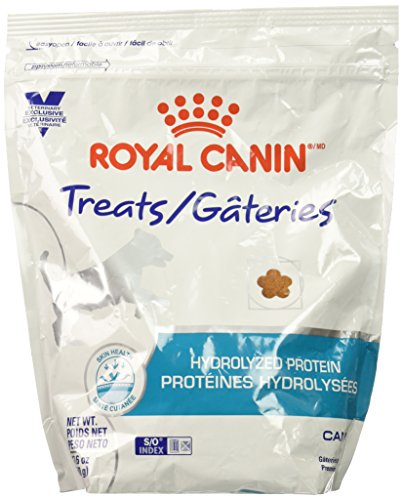 This is a great alternative to our featured product although slightly more expensive. Just a one-dollar difference actually, not much. 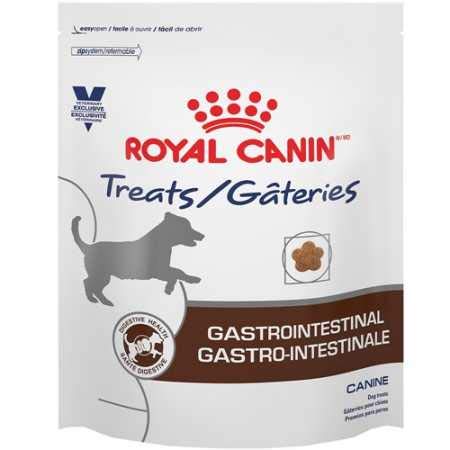 This is a low-fat treat that helps to support your dog’s sensitive stomach while promoting digestive health. 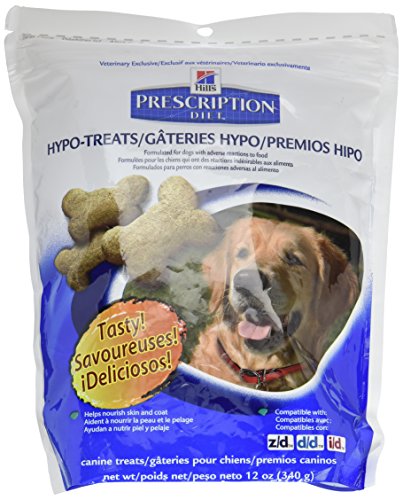 Finally, we have the Hill’s Prescription Diet Hypo-Treats Dog Treats. It costs about the same as the featured product and is tasty and healthy for dogs with food sensitivities.

We could tell from reports reaching us that dog owners loved the Purina Pro Plan Veterinary Diets Gentle Snackers Hydrolyzed Dog Treats. Many dogs who were placed on a restricted diet were quite satisfied with this product. And it also seemed to make dog parents feel better that they no longer had to leave their dog with the allergies out when feeding their other dogs treats. 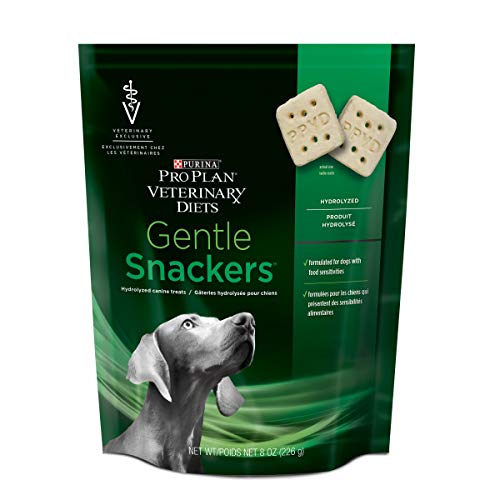 We really want to like the Purina Pro Plan Veterinary Diets Gentle Snackers Hydrolyzed Dog Treats. This is especially because dog treats for dogs with sensitive skin and stomachs aren’t quite common. However, it’s quite hard for us to overlook the controversial ingredients that make up the treats that the product seems to be filled with.