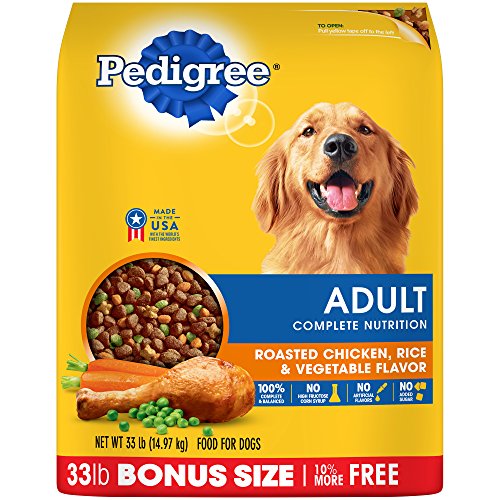 To better understand the concept that is dry dog food, think of biscuits. The kind we love to eat as humans. They are crunchy (most of them are), quite dry (which accounts for the crunch) and taste really nice. They might not smell delicious but they usually are.

However, despite all the wonderful goodness of biscuits none of us can actually live on biscuits alone. In fact, none of us actually want to live on just biscuits. We love them quite alright but only so much. And definitely not enough to give up on real food. All those things that seem awesome become the very things that make us detest the biscuits.

Bearing all these in mind, you might already have begun to decipher the direction of this article. Dry food could be good in the short term. You could even use them as treats. However, a long term thing? Probably not. And we will tell you why.

What is Dry Dog Food?

Dry dog food is also known as kibble. It is processed food which is a mix of meat (of course), vitamins, minerals, a lot of carb matter and a bit of water. Of course, the manufacturing process is a complex procedure but we’ll leave that to the manufacturers.

Manufacturers cut kibble into small sizeable chunks. This is in attempt to make it easier for dogs to chew without choking. It should also make it safe for dogs who are in the habit of gobbling food down without chewing properly. The sizeable chunks means dry dog food is typically not a potential choking hazard, chewed properly or not.

Why Dry Dog Food Is So Popular Among Dog Parents

Feeding your dog dry food is the most convenient way to feed him. Seriously, nothing beats it. It contains preservatives that give it a very long shelf life. So, you can buy loads and loads of the stuff (OK maybe we exaggerated too much but you get the gist) and stock up on them.

Even after they are opened, they are usually still good for a relatively long time. You can put whatever quantity you want into his bowl and allow your dog help himself. The food can be in the bowl for days and still be good.

Also, dry food is easy to store. All you need to do is get the right storage bins, put the food in and you’re good. They stay fresh, and rodents cannot get to them. It is also quite easy to carry around with you if you have to travel with your pet or something.

Most times, dry food is used as treats. It is usually bite sized and crunchy. So once you know the one that your dog likes, you can use it as incentive during training and reward for good behavior.

Dry food is also the most affordable type of dog food you can find.

Some people say that it helps to clean the teeth but we are not in agreement with this.

Most advocates for dry food claim that it acts as a cleaning agent for dog teeth. However, this doesn’t seem very realistic. Healthy Pets tells us that saying dry dog food helps with our dogs’ dental health is like saying crunchy foods help with ours. And we totally agree.

Granted, dry food is crunchy but crunchy doesn’t equal teeth strengthening. It’s crunchy and that’s the end of it. We never eat biscuits and go “this is awesome for my dental health”. Why then do we think crunchy foods will take care of our dogs’ teeth?

Healthy Pets suggests that if you are really bothered about your dog’s dental health you could brush their teeth and/or give him meaty bones to chew on. 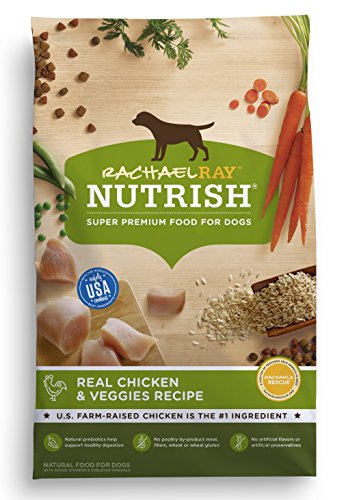 Is It OK If I Feed My Dog With Just Dry Food?

Nope. That is not a good idea. Feeding your dog with dry food occasionally or just every other day is fine. But every day? You don’t want to do that and here’s why:

Dry dog food doesn’t contain as much protein as it should. It tries to be an all-inclusive dog diet, integrating all the nutrients necessary. However, it doesn’t do much about the protein content. There is protein in it but it isn’t nearly enough.

Protein is absolutely important for dogs. They are basically carnivores and live primarily on protein (animal protein particularly). Feeding them only dry dog food means they are missing out on the protein they should be getting.

Even when dry dog food contains protein, the protein is sometimes questionable. One of the major issues that people seem to have with dry dog food is the source of the meat used. Some dry dog food manufacturers use all sorts of things that are not sold to polite audiences.

They use things like brain matter, internal organs and even chicken beak. Some even use what is referred to as the 4D meat (down/disabled, diseased, dying and dead). They can basically use anything that looks like and tastes like (probably) meat which is a pretty scary thought (shivers).

Remember we said dry dog food is not big on proteins? This is what it is big on, carbs. Food that is high in carbs is not what you want to be feeding your dog.

You see the thing is, despite the fact that your dog has evolved into being able to eat carbs, he still shouldn’t be eating so much. Dogs still have single chambered stomachs and their digestive systems are not complex enough to digest so much carbs.

Also, constantly feeding your dog a high carb diet could lead to complications like overweight, obesity and even diabetes. You do not want those for your dog.

Dry dog food is usually packed full of preservatives, hence its long shelf life. The preservatives help to keep the kibble fresh (relatively) and eatable. However, the preservatives could be an issue for your dog. If the manufacturer uses natural preservatives then you are fine.

Non-natural preservatives are not good news for your dog. They could lead to allergies and skin reactions. Some of them could even be cancer causing.

According to Toronto Dog Walking, many dry food brands have been recalled due to issues with contamination. Toronto Dog Walking gives brands like Blue Wilderness and Bravo as examples of brands that have been issued recalls. This is also a pretty scary thought. If known brands are being told to withdraw some of their products from the market, who is safe? 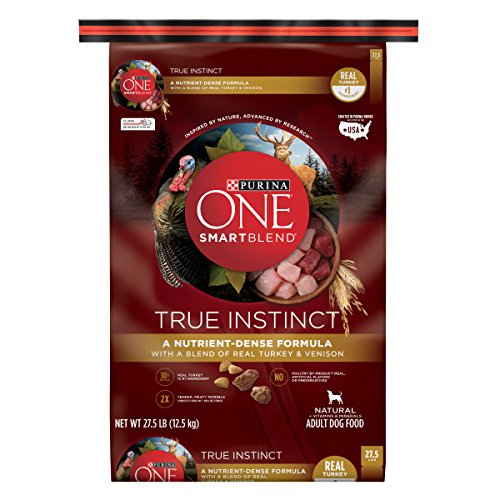 When Dry Dog Food Is A Terrible Idea

In the above sub, we told you why feeding your dog on just kibble is not a good idea. This sub is about dry dog food being a terrible idea. Is it always a terrible idea? Definitely not. But there are sometimes when it definitely is and we’ve listed them below:

If your dog has issues with his dentition, dry dog food isn’t for him, at all. The stuff will prove too stubborn for him. What he needs is wet food. The dental issue could be anything from bad gums and tooth decay to a tooth (or teeth) removed and even problems with his jaw.

If your dog has any kind of ailment that makes it hard to digest stuff then you should steer clear of dry food. The reason is, dry food doesn’t contain so much moisture. And food that doesn’t contain enough moisture is typically more difficult to digest.

Also, dry food makes it difficult for your dog to do number 2. So, if your dog already has issues with bowel movement, say constipation, dry dog food is a not so good choice.

However, if you must give them kibble, add some moisture to it (it could be water or chicken broth). The added moisture should make it easier in the bowel movement department.

If your dog doesn’t drink as much water as they should be drinking, try to make them. And yes, stay away from dry dog food. It doesn’t contain enough moisture and has no way to make up for the water that your dog is not taking. Wet food is probably the best thing for them.

If your senior dog is healthy and as agile as he has always been you could probably feed him anything (you know what we mean) and he’d be fine. However, if your dog is having all or some of the signs associated with old age like dental problems and a weak stomach, you probably don’t want to be looking at dry dog food.

This article is not ruling out dry dog food entirely. All we are saying is don’t feed your dog solely on dry food. Now, that we’ve got that out of the way, here are a number of things that Roll Pet has given for us to consider in picking the right dry dog food.

The first rule is to read the ingredients. A lot of us do not bother reading through the ingredients list. We just read the name and if it says “something, something dog food” we buy it. That has a lot of disaster potential because you could end up with food that has dangerous ingredients. So what sto look out for?

Things To Look Out For

These can cause some allergies, digestive problems and even immune deficiencies. So, if you see corn or corn derivatives mentioned one too many times then it’s a sign that you should back off.

So by-products as an ingredient means “don’t buy”. Unless you don’t have an issue with wrong meat. In which case you may get it for yourself, not your dog.

Whatever dog food you’ll be picking (dry or otherwise) make sure it is one approved by the Association of American Feed Officials. They are generally in charge of making sure that pet foods are up to set standard. If they say it is OK then it should be.

Also, see your vet. If your dog has any issue that you feel dry dog food will solve, the best thing is to see your vet first. Never take any decisions concerning your dog’s diet without first consulting your vet. They could even have more ideas on how to make dog foods more palatable without making them unhealthy.