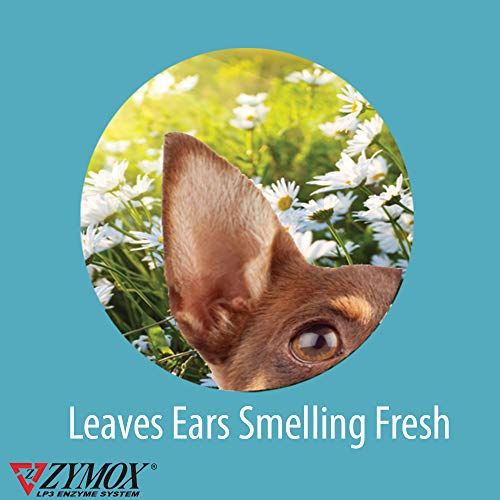 According to Dog Care Knowledge, ear related infections are the leading reason for frequent visits to the vet. A lot of things can go wrong with dog ears that don’t receive the right amount of attention and/or care. There is the smell, the discharges and the pain. This is why dog ear care is something that should be taken very seriously.

You need not wait until your dog starts showing signs of distress before you start paying attention to his ears. There are things that need to be done regularly so that your dog doesn’t get to that point where you really have to be alarmed.

In this article, we will be covering a wide ground as regards dog ear and dog ear care. From dog ear infection prevention (which is basically regular every day care) to dog ear infection symptoms and cure, we’ve got you covered. Just be sure to stick with us and your questions should be answered.

Ceasarsway gives us some tips to make sure the dog ear cleaning process is a success.

Just make him enjoy the ear cleaning process or at least let him be able to tolerate it. Because if he doesn’t it is going to be a tough one for you.

You need not be bothered about reach. Wherever your finger can reach is just fine.

Of course you won’t just poke a finger in your dog’s ear and wiggle it around. You could use cotton balls or just wrap gauze around your finger.

If you are bothered about getting your fingers dirty you could wear a glove. Then wrap the gauze around your gloved finger.

What actually does the magic is the rinse. Most people use Hydrogen Peroxide but your vet should be able to prescribe what will work perfectly for your dog. However, alcohol and toxin containing ear rinses will not work. 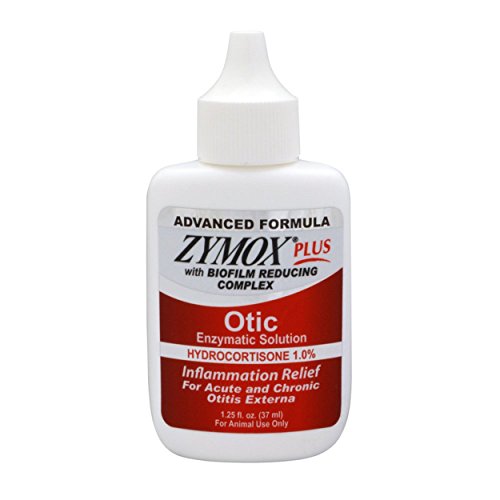 Dog Ear Care For Every Other Day

As we stated earlier, there are a number of things to do as regards proper dog ear care. Webmd lists some of them as:

Try not to give your dog too frequent baths. Aside the fact that it pushes a lot of water into his ears too frequently, it washes away essential oils from his body.

You could read our article on dog shampoo to know more about bathing your dog.

Well, in scratching himself to rid himself of the nuisance, a couple of them get into his ear. And we all know that foreign bodies in the ear are just bad news.

If you notice these signs, take your dog to the vet because something is definitely not right.

Something related that he could do is rub his ears against something. It could be furniture, the wall or even your leg.

The saddest thing that can happen is that your dog’s ears get infected.

According to the American Kennel Club there are basically three types of ear infection that can afflict your dog and they include: Otitis externa, otitis media and otitis interna.

Otitis externa causes have been classified into primary and secondary. The primary causes are those ones that can bring about otitis externa all on their own. They don’t need help whatsoever.

Most times, dog parents and even vets do not notice the infection if it is just at this point. This could be because the symptoms, at this point, are not really alarming.

Some of the primary otitis externa causes include allergies, endocrine disorders and foreign bodies.

The secondary causes are brought on by an action (intentional or unintentional). That is they don’t just happen, they are caused by external forces.

The good news is, they are fairly easy to treat. Some of them include fungi, bacteria, over cleaning and an overgrowth of yeast.

To prevent otitis externa, it is advised that dog parents learn proper dog ear care. This usually involves proper cleaning (which should be taught by a veterinarian). The frequency of the cleaning is actually supposed to reduce as your dog gets older.

Also, your dog’s ears should always be dry. When he’s just had a bath or a swim, make sure to properly dry his ears and the area around them.

Sometimes the moisture problem is not an external problem but an internal one. What we mean is that sometimes the problem is sweat. So, routinely cut the hairs around his ears if they grow too long. Also, pluck out the hairs that grow inside his ears.

This is the inflammation of ear structures in the middle ear and is quite common in dogs. The occurrence of otitis media is not age specific.

Most times, otitis media is caused by an untreated otitis externa. At other times, it is caused by foreign bodies that get in through the mouth.

If your dog is constantly shaking his head vigorously or scratching his ear, he probably has otitis media.

One sad and twisted thing is that if left untreated, otitis media can turn around to cause otitis externa. So without proper diagnosis, you might end up treating for the otitis externa over and over again.

Furthermore, otitis media could lead to paralysis of the facial nerves which takes the shape of lip droop, ear droop and even nostril collapse.

Your best shot at treating otitis media is doing it early on in the infection. This is because if it stays long enough to be considered chronic, it might not respond to treatments. Or at best, it would after long rigorous treatments.

From all we’ve said about otitis, you might have guessed by now what otitis interna is. Yup, the inflammation of the inner ear. And it is basically caused by an untreated otitis media.

A dog that has otitis interna might exhibit such symptoms as head tilting, falling towards the infected side, uncoordination and even loss of hearing.

Worse still, if left untreated, otitis interna can graduate to more catastrophic issues involving the brain like meningitis and abscesses.

If otitis interna is chronic, your best bet is surgery. And even that might not be enough to reverse the hearing loss. So your best bet is actually early detection. And that’s why we’ve shown you the signs to look out for. 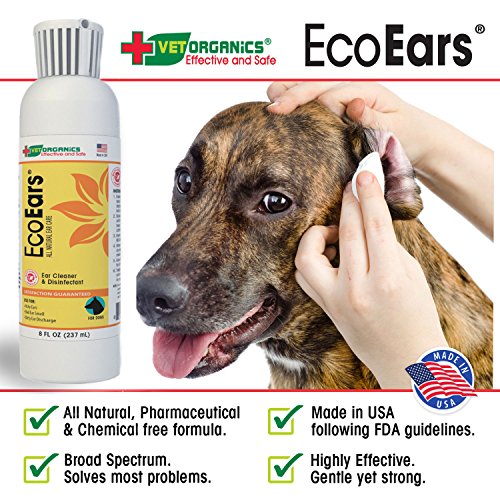 A Visit To The Vet

This is your best bet for proper dog ear care. Your vet is the best person to help you with prevention, detection and cure too.

So, if your dog isn’t exhibiting any signs of ear infection still take him to the vet every once in a while. Your vet should be the one to declare him to be in the clear.

If he is exhibiting any of the signs we’ve listed then rush him to the vet. According to the American Kennel Club, here are some questions your vet might ask:

The answers to this questions will inform their diagnosis and will help them decide if further testing is required. So you will do everybody a favor by arming yourself with these answers (if you can) before you go on to the vet.

The saying goes that prevention is better than cure. You’ve seen already that the results of a poor dog ear care could be quite dire. So do your dog (and indeed yourself) a favor by taking his ear care very seriously.

One last thing, don’t try to be a super hero. If you notice any funny business, call in the real super hero. Your vet.